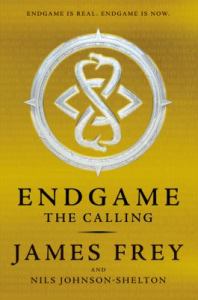 Thousands of years ago, an ancient race of aliens arrived on earth. They created the human civilization, obtained what they needed, and left. However, the aliens gave one clue: they would return. When they did, a tournament would be held. Now, after centuries, the time has come, and the games, which will define, determine, and destroy humanity, have begun. There are twelve players, related directly to the founders of the earliest civilizations. Each one is entirely normal. No superpowers, alien abilities, or magic. However, they are experienced, skilled, and highly dangerous. They all have their abilities, developed through training and hard work. The time to put their skills to use has come. It all starts with a set of meteors hitting different areas of Earth, killing, destroying, and causing carnage near the locations of the Players. Their attention is drawn towards these scenes, and they understand that the Calling has occurred; the members need to go to Xian, China, where they will each receive a clue from the gods. Using it, the Players of the different civilizations are responsible for finding three keys, the earth key, sky key, and sun key. The one to accomplish that feat gets the survival of themselves and their race. With no rules, the members do all they can to get hold of what they can, by killing, hacking, persuading, and betraying. The one thing no one is able to do is create peace. Therefore, all further meetings were destined to meet with bloodshed and pain. This continues, and only one player can survive. Everyone tries his or her hardest, to solve riddle after riddle, survive combat, and outwit the other. There is one reward for the winner. That person will be able to rule the world and everything in it. However, only one race will be left in the end. Everyone else is doomed to extinction.

I believe that this is a very entertaining read, with much detail in the plot, and well-described characters. The different situations are rather serious, and the humor is scarce, but that only establishes the overall mood and does not take away from the quality of the book. Along with that, the author’s writing style was well developed, and contributed to the overall quality of the book. The only factor of the book I felt could be improved is the beginning. For such a fast-paced novel, the first few chapters move too slowly compared to the rest of the book, and is uninteresting in comparison. Still, this was a very enjoyable tale, and I would recommend this to everyone.

There were many memorable parts of the book, but one exceptional factor is how the book is in the perspectives of all the Players. This gives insight on what they are feeling and explains events in different parts of the world, yet occurring at the same time.