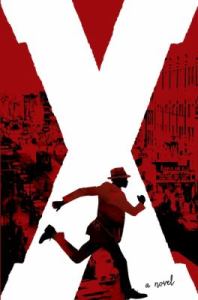 This book describes the evolution of Malcolm X. As a child, his parents always told him that he can achieve anything and the color of his skin will not hold him back. But when his father gets murdered and mother is taken away, Malcolm starts to doubt his parents’ words. He gives up on his life ambitions and moves to Boston with his sister, Ella. There he is attracted by Boston’s nightlife and starts to sell drugs and do other bad things. He gets into even more trouble when he is unfairly arrested for stealing. At jail, he finds a new faith, Islam, and this helps him realize that he cannot run away from segregation any longer.

I liked how the author described Malcolm’s life. It gives me a clear picture on all Malcolm had to go through as a kid and a young adult.  The part I did not like was that Malcolm nearly destroyed his life in Boston. If he just believed in himself then, he would not have to go through the suffering he went through.

One memorable thing about this book was when Malcolm went back to his family in Lansing. When he was in Boston, his whole family missed him always wrote letters to him to come back. This let him reunite with his siblings and relive his childhood.