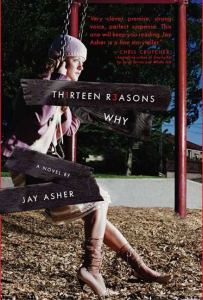 The story is told by two people, Hannah Baker and Clay Jensen. Clay Jensen receives a mysterious package when he gets home from school, with no return address. There are cassette tapes inside, and when he begins to listen to them, he realizes who’s narrating it. Hannah Baker, a girl who recently swallowed a handful of pills and committed suicide a few weeks ago. Hannah was also Clay’s first crush. As the story unfolds in one night, Clay listens to Hannah’s last words on why she committed suicide, and understands why he is one of the thirteen reasons why Hannah Baker took her own life.

13 Reasons Why was a very powerful and emotional ride for me, as I understand the reasons why Hannah Baker sent out the cassette tapes and what happened to make her to want to take her own life. It also sends such a message to people, about the mistakes we make that might seem little at the time, but always manages to grow into something bigger than we ever expected. Whenever you say or do something, you should be careful about how it affects someone. You don’t know if a simple sentence could cause someone to commit suicide. You are not the person. Even if you think you know the person, in the end when they’re gone, you realize you never knew them, and you were lying to yourself.

A memorable thing about 13 Reasons Why is the changes that Hannah went through, not just her physical appearance, but her emotional state. Her parents stopped noticing the world because they were worrying about financial problems, and her friends used her to get back at each other. She was always used one way or another, and just couldn’t stand being used before being tossed away. Hannah Baker didn’t want to end her life. She wanted to end the pain.