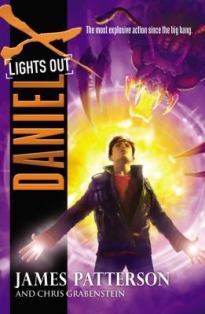 When traveling in Kentucky, Daniel is involved in a motorcycle accident. This puts him into a coma and leaves him in the hospital for quite some time. During his time in the hospital, he ponders on whether he really is Daniel X (an alien hunter with powers such as teleportation and the creation of objects with just his mind), or just an ordinary kid with an insane imagination. His mission is to kill Number 1 or “The Prayer” to save all of humanity and to avenge the death of parents. Will he die or outwit the powers of “The Prayer” for the better good of humanity?

I liked how the book was suspenseful and action packed. Throughout the book, there is never a dull moment, especially since he nearly encounters death multiple times, and escapes it using the power of his imagination. The book is well-written and there is always something to worry about, with many twists and turns. It always leads back to reading the book so quickly since it is very entertaining.

One thing memorable about the book is how as the plot starts to go smoothly, something crazy happens and you are left wondering what will happen next. The amount of suspense is unreal and will leave you wanting to read more.