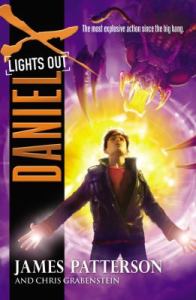 After encountering an accident with a speeding tractor trailer on a starry night in Kentucky, Daniel X lands in the hospital where he soon questions himself whether he is Daniel Manashil, an ordinary high school kid, or Daniel X, the Alien Hunter. As he understands that he is Daniel X, his mission was to protect Earth (maybe the universe) and to avenge his parent’s death by destroying The Prayer, a large insect shaped beast who had murdered his mother and father. As he is hoping to fulfill his mission, he encounters Xanthos and Mikaela, who teaches him many life lessons and helps him with his mission to kill The Prayer. In addition, he has to use his super powers against a creature that has the power of a god. Will he fulfill his mission as an Alien Hunter and destroy this god-like creature, or will his plan to protect Earth and avenge his parent’s death fail?

In Daniel X: Lights Out, I loved the action sequences, especially the one where Daniel had deflected the bullet from the Opus 24/24 using his shield and the one where The Prayer had shot lightning bolts in Times Square. I liked the way the author had made a connection between Dana and Mel, who were both Daniel’s soul mates. In addition, I enjoyed Xanthos and Mikaela’s role as Daniel’s adviser because they had both guided/helped Daniel to find ways to destroy The Prayer. Reading this entertaining, fast-paced book, I didn’t seem to dislike any of the components, besides the ending, which was a bit unpredictable (due to the many twists and turns).

One thing that I found memorable about the book are the twists and turns as it intrigued me to continue to read what will happen next in the book. Another thing I found memorable was Daniel’s advisers as the advisers had helped Daniel to find ways to destroy The Prayer.