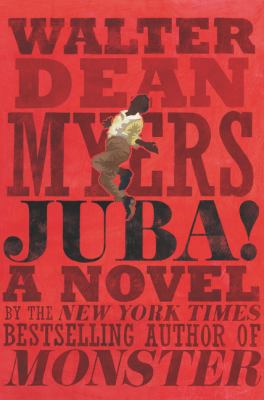 This book takes place back in the nineteenth century in Five Points, New York. This book is mainly about a African-American teenager named Juba that likes to perform different kinds of dance moves. The settings of this book are Five Points, New York and London, England. The main characters of this book are Juba, who is a dancer, and his friend Stubby, who wants to be a chef.

In this book, a teenager named William Henry Lane loves to dance. He lived in Five Points, New York, where a lot of Irish immigrants lived. He named himself Juba because every dancer had a stage name. Juba later traveled around the world performing his wonderful skills.

I think this book is unique in its own ways. This book told me a lot about the nineteenth century and what it was like back then. A lot of books I read are mostly realistic fiction, so reading this book opened a whole new world for me. Also, I liked how the author not only just put in happy stories but also put in a few sad stories to even the mood up. Most books that I read only have happy stories in them, but this book had both types of stories.

One memorable thing about this book is Juba, the main character himself. Juba never gave up and tried his best. He had to make big sacrifices and never complained. Juba is my role model because he is brave and he never gave up.