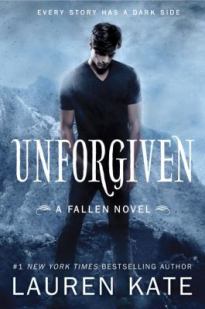 Cam, a fallen angel, has spent his time in Hell for his sins. He was once a beautiful angel that fell in love with a mortal named Lilith. However, he broke her heart, causing her to suffer in Hell at a modern high school without weekends. After that, Cam has felt guilty and regretted what he did. Cam made a deal with Lucifer that might give him a chance to win Lilith’s heart back. Lucifer told Cam that he is allowed to meet Lilith in the high school so he can express his love for her once more. If he can do this in fifteen days, then he will be allowed to take Lilith with him to live on Earth. However, if he is unable to make Lilith change her mind about Cam, then he will have to go back to Hell. Everyone knows that Lucifer doesn’t play fair, so Cam will have to do everything in his power to win back the girl he loves.

I thought that the book was intriguing and suspenseful. Some of the chapters took place in the past and some chapters took place at the high school, which made the book more interesting to read. The author used very descriptive language in her writing, making the book more vivid and easy to picture. Also, the author wrote each chapter from a different perspective, which made it easier to understand what the person was feeling. Occasionally, the content of the book would have swearing in it, so I wouldn’t recommend this book to anyone younger than thirteen years old. Other than that, I thought the book was very engaging to read.

I thought that the way each character changed and developed into a different person was memorable. The characters would change from experiences that happened in the book, which made the book more realistic. The characters expressed their emotions strongly when something affected them. Each character would show a change or a form of development by the end of the book, which made the ending of the book more enjoyable.