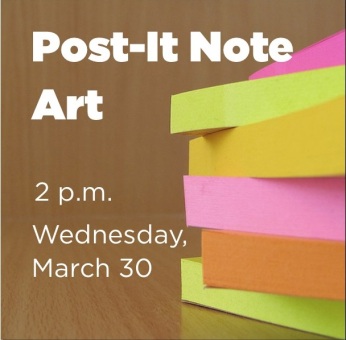 Join us as we use Post-It Notes to decorate the windows of the Libbie Mill Library Teen Room for April. What characters will appear?

Hint: One character is celebrating its 20th anniversary this year, and the other just celebrated 30 years last year. Can you guess who they are?

North Park Branch Library has a great Young Adult section! North Park opened on Franconia Road in 2001 -- did you know that before that it operated out of a trailer near the Wal-Mart? In 2010, the Friends of the Library helped us redecorate the teen space, which we expanded a little, too, so grab a bean bag chair and hang out a while! View all posts by northparkteen