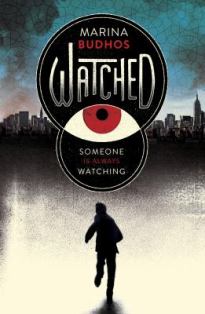 Naeem is exactly the opposite of what you would consider a perfect child: he flunks school, shoplifts, and hangs out with the wrong crowd. However, there are far worse things to worry about. The watchers have arrived, and they’re keeping an eye on all the Muslim-Americans in New York. Naeem can’t travel anywhere without feeling the eyes of cops glaring at him or the surveillance cameras moving as he walks around the corner. To make matters worse, his parent’s business is failing and he’s just landed in some deep trouble with the law. However, he is soon offered an irresistible deal that may just turn everyone’s life around.

This book conveys such a haunting, yet powerful message to readers. I was immediately sucked in and couldn’t put the book down with all my might. I found that the characters were very complex and well-developed, along with the plot line itself. Every chapter came with a new twist, which made me like the story even more. My favorite character was Naeem because, no matter what situation he was put in, he always focused on doing the right thing. If you are looking for an action-packed story that provides insight into the everyday life of a Muslim-American, this is definitely the way to go.

The idea of Muslim-Americans being watched through surveillance and infiltration is an extremely chilling thought. I appreciate that this book was able to provide me with some perspective on how corrupt our society is. To me, it’s now no wonder why so many Muslim-Americans live in fear in the United States today.