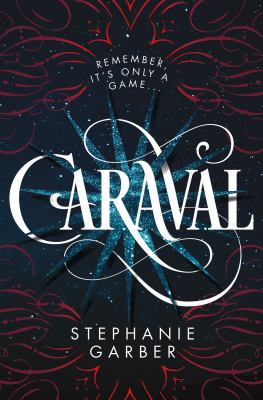 This book begins with a young woman named Scarlett who lives in constant terror of her truly horrible father with her younger sister. She has only dreamt of the mystical world of Caraval in which you can play a game riddled with magic for a grand prize of a wish. Soon, she is whisked into the game. After her sister gets kidnapped, she has only one thought, and that is to save her sister from the enigmatic Legend, master of Caraval. She must find her way through a world with secrets at every turn to bring back what she loves most.
I thought this book played on our emotions of uncertainty and suspicion, creating a mysterious air about the book. I liked how the Garber used the uncertainty in a good way, making you curious instead of scared. Though Legend never legitimately appears in the book, you can understand his character based how he run the game. I don’t really know how the writer did this, but it really enhances the novel.

One thing that struck me odd was how common magic was and how easily people talked about it. Another aspect that left me thinking was the way Legend grants the prize for winning. A final question that was left unanswered is that how does one live a normal life after the traumatic experiences she had during Caraval?