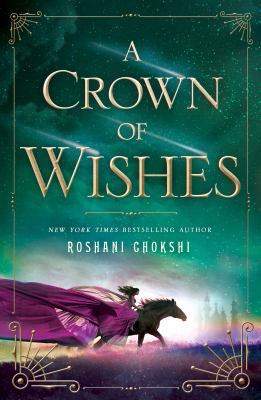 Following the events in The Star-Touched Queen, Gauri, The Jewel of Bharata, has been captured by Ujijain, an enemy kingdom of Bharata. At the same time, Vikram, the Fox Prince, receives an invitation to the Tournament of Wishes. The invitation specifies what qualities his partner in the game should possess. When Vikram is sent by the Council to sentence Gauri to death, she attacks him, and he sees that she’s supposed to be his partner in the Tournament. Unwillingly, the two embark together to arrive in Alaka, a part of the Otherworld. On the way, they are captured by vanaras, escape with a vetala, and face even more daunting obstacles. When they arrive at the Tournament, they are greeted by the Lord of Wishes. While completing his challenge of two trials and a sacrifice, they meet an unusual vishakanya named Aasha who wants to be human. Gauri wishes for Nalini’s freedom as well as replacing Skanda on the throne. Vikram wishes he had more power than being a puppet to the Council’s will. Will they get their wishes?

From the first page, I wondered what had become of Maya, and that irked me. However, the relationship between Vikram and Gauri was perfect, built around the two of them irking each other and being different kinds of clever. To me, Aasha was a character that spoke to those who did not fit in and also did not have a choice to fit in. As in the previous book, the different worlds were richly created and described in stunning detail. These worlds almost seemed real.

The most memorable part was Alaka. From the magic gardens to the birds that changed with the stories to even the Serpent King, the entire world was beautiful, dangerous, and complex.