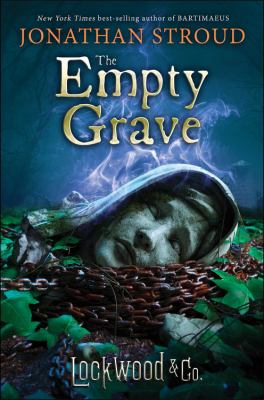 The Empty Grave is the fifth and final book of the Lockwood and Co. series by Jonathan Stroud. It follows Lucy Carlyle who is a psychic investigator for the psychic agency of Lockwood & Co. in London. It has been 5 months since Lockwood & Co. had discovered unnatural occult experiments by Tom Rotwell, the head of the large Rotwell Agency, and the eerie “Other Side,” where spirits dwell. Since then, the Problem, the epidemic of hauntings in Britain, has only gotten worse. Lockwood and Co. must figure out why and how to solve the Problem once and for all. To do this, Lucy and her friends will have to face foes both spectral and human. To do this, they will have to rely on some shady yet surprising allies in this thrilling conclusion to the Lockwood and Co. series.

“The Empty Grave” is the perfect conclusion to a great series. I really liked everything about the book. The pacing was mildly quick, the character depth was great, and the best thing about the book was it’s grammar. It felt nice to pick up a book with quirky puns that made me giggle once in a while. The criticism I have about the book is it’s conclusion. It hints at things and a blossoming romance but never really confirms anything.

The most memorable thing for me about this book were the characters. The book was only as good as its characters because it relied so heavily on character depth and character development. Many of the characters had large and interesting backgrounds which all turned the book more interesting with side-stories and how their stories came into the overall plot of the book.