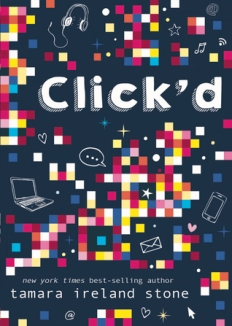 Click’d is a game that Allie built, with the intention of helping people make friends and of beating her archenemy, Nathan, at a coding competition. It is a game where users take a quiz about themselves, and then they go on a search for people similar to themselves. At first, she decided to only release it to her best friends, but later she decided to release it to the whole school to get a large user-base to get an advantage in the competition. As the game grew popular in her school, one of her friends discovered a glitch that could expose everyone’s secrets. She told Allie about the glitch, and Allie couldn’t fix it by herself, so she agreed with her foe, who was also having a problem with his app, to fix each other’s programs. On the day before the competition, Allie fixed her opponent’s game, and Nathan also found what was wrong in Click’d and gave her the lines to add and replace. However, she worked on the project all through the night but just couldn’t fix Click’d, and she requested to be withdrawn from the competition. In the end, she found out that she accidentally deleted a line of the code and then fixed Click’d. She made her old enemy a friend and also now has a working app that is growing  more popular every day.

To me, this book is a very interesting subject to me since I enjoy coding very much and love making games to share with my friends. The author made the book very amusing by giving the characters very talkative and humorous personalities, as if they were real people. The author made one of the big topics of the book making friends. Allie’s game was very fascinating as it is similar to social media, but different at the same time since it is also like a scavenger hunt. I liked how the story turned out, even though Allie didn’t win, or even could participate in the contest. I do feel sorry for her though, since making a game isn’t easy, and she probably worked on that project for days just to enter it into the contest.

All of the projects entered into the contest all have splendid ideas, like Allie’s, which is for helping people make friends. The other games all have ideas that would be beneficial to the world, from providing resources to people who are in need of it, to funding an organization for human rights across the world. These apps are definitely world changers.