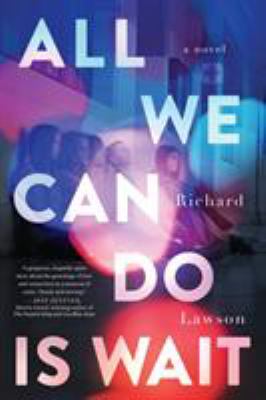 After a bridge collapses in a tragic accident, four complete strangers, Scott, Skyler, and the siblings Alexa and Jason, meet each other in a hospital whilst anxiously waiting to hear the fate of their loved ones. For Alexa and Jason its their parents, for Skyler its her sister who like a parent, and for Scott its Aimee, who, know matter what their relationship status may be, he still loves very much. No one is quite sure what to do next. No one knows what this may mean for their futures. Everyone is panicked and worried and Alexa and Jason’s relationship is still strained even now when they need each other most. All they can do is pray and hope for the best. All they can do is wait.

I think that the concept is fantastic, but I don’t like the author’s writing style and choice of words. Not to mention he constantly uses the abbreviation “O.K.” instead of the full word, which never fails to consistently bother me with its unprofessionalism, and he uses that word a lot. I’d italicize the “lot” in that last sentence for emphasis, but I don’t think that is possible on Google Forms, so you’ll just have to imagine it yourself. Back to the point, about Jason’s secret, I’m critical of it because, as of late, it’s been popping up a lot in stories as part of the plot, thus making it a cliché, but I’m also fine with it, because it is a legitimate issue that some teens will be able to relate to, so I’m pretty conflicted.

Nothing about this book particularly stood out to me as memorable. This is not so much because its a bad book, but more to do with all of the important moments containing more or less the same intensity of emotional impact, at least for me.