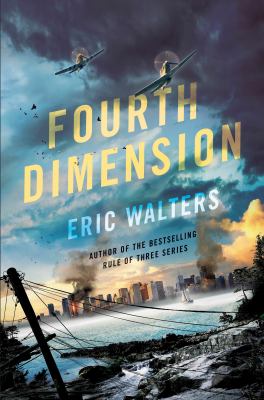 What starts off as an ordinary annual camping trip eventually turns to disaster and destruction. Emma, with her mom and brother, have just moved to a new city. Life all seems fine until cars on the streets stop moving, her phone is dead, and everything stops working. This complete technology causes her family, along with all the residents of the city, to struggle for food and survive the attacks of all the other people who are trying to survive, just like them. Throughout this story, there are friendships made, people betrayed, and people’s lives stolen just for the simple will to survive.

I thought that the book was fair and had a compelling and yet intriguing story at the beginning. Emma started out being a brat, and changed into a leader of the whole community in the end. However, the character development was extremely fast – too fast for reality. Also, Emma and her brother, according to the story, make grownup decisions easily, and it seems like everyone adapted too quickly. There was not much conflict in the story either; only a few small skirmishes and fights even though there were too many antagonists to count. Despite this, I still think that this adventurous but grim story is a pleasure to enjoy.

The story-line made me see how much of the present-day world is dependent on technology. Without it, the world would be in complete chaos and death would be an extremely common thing to see. Millions of people would perish and the rest would have to live life as humans did centuries and centuries ago – a fresh start to humanity.