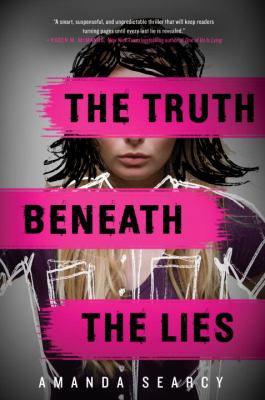 This story is about two girls, Kayla Asher and Betsy Hopewell, two people who are so different yet so similar in more ways than you would think. Kayla lives in a crime ridden part of town, in a shady neighborhood, in a seedy government housing complex with her mother who is a recovering drug addict. Betsy is not only forced to hide her true identity, but is constantly at death’s door, as a single screw-up could mean she kicks the bucket, courtesy of a mysterious man she has to check in with every twenty-four hours. Kayla dreams of finding herself a better life, and Betsy just wants to live to see tomorrow. Kayla decides to take justice into her own hands, and Betsy’s remaining days are slowly counting down. Kayla learns a little lesson about unforeseen outcomes. Betsy has already learned her’s. When the two girls meet, all we be determined; and only one will survive.

I enjoyed this book a lot. It was very confusing at first, but towards the end everything started making sense and it all tied together very nicely. I do think, however, it plays with the suspension of belief a little too much, as I have an extremely hard time believing that anything like that could have any potential for happening in real life. All things considered though, the twists and all the hidden meanings that become clear once you finish the book definitely make it worth a read.

The most memorable part about this book would definitely be the part were the two girls meet, which I obviously can’t go into more detail about, because that would be a spoiler. You’ll just have to read the book for yourself.