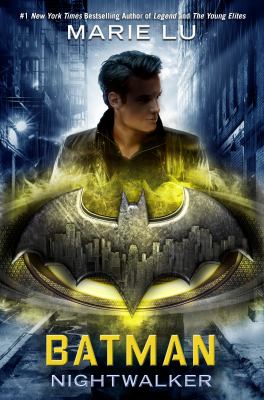 Batman, before being Batman, was Bruce Wayne, a young 18 year old gaining the billions of dollars in his family fortune. At his 18th birthday party, he saw the two types of people who were there: the people who cared for him and those whom only needed him for their own benefit. The latter category was where he put Richard, the mayor’s son and his former childhood friend. Richard was now someone different and was asking Bruce for a fake internship at Wayne Tech to make his dad happy. Driving home, the young billionaire captured a Nightwalker, a member of the group terrorizing the city. However, in doing so he interfered with the police chase and landed up in community service at Arkham Asylum, the ill-famed prison containing the city’s worst prisoners. During his community service, Bruce meets Madeleine, a girl only willing to speak to Bruce. Weeks pass and Bruce nears the end of his community service as he starts to learn about her secrets. He discovers hidden passageways she talks about and is allowed by the detective to talk with her. In the meantime, his enmity with Richard is growing and he’s having a hard time managing his relationships. The city’s rich are being terrorized and killed one after another when Bruce learns he is next. Despite having doubt on Madeleine’s intentions, Bruce follows her advice and discovers secrets about the next attacks of the Nightwalkers, opening up her mysteries. Is she just showing him secrets or gaining the information she wants to destroy Gotham City?

I loved the mysterious vibe this book gave off. In addition, I loved the mini side plots which gave the book more flavor. For instance, Bruce and Richard’s rivalry helps add character to both of them, and complicates the plot of the story. In addition, Bruce’s character was an excellent portrayal of a young man entering the world and facing all of it’s dangers. Finally, I liked how close Bruce was with his friends as they were his companions through his journey. He learned how there are only a few people in the world who you can trust. Bruce’s communications with his friends portrayed those of an older teen. Overall, I loved the book.

In my opinion, the most memorable part of the book was when Bruce realizes why he and Richard have become rivals. At that moment in the book, everything clicks into his head and he realizes the intentions behind Richard’s actions. For example, before, Bruce thought Richard hated him because he was really rich but after finding out Richard’s reasons, he almost felt bad for Richard.