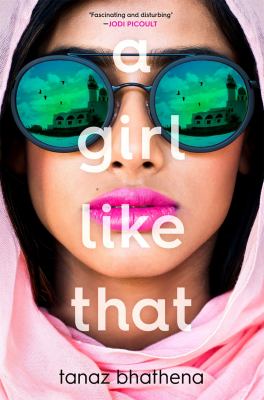 The book focuses on Zarin, a girl living in Saudi Arabia. Orphaned at a young age, she was taken in reluctantly by her aunt and uncle, who were referred to in the book as Masi and Masa. She feels like she is unwanted by them, and as a result, she rebels in countless forms. When she meets a boy named Porus, she realizes that he genuinely wants to be friends with her, regardless of her hard exterior. The book shows how Porus helps Zarin realize that she might be a different person than she had once thought.

I think that the book is very good for teens, as it sends powerful messages about family and self-esteem. Fo me, it made me think about situations inn which I had felt similar emotions as Zarin. It also shows the book from multiple points of view, including Zarin, one of Zarin’s boyfriends Porus, and a popular girl at Zarin’s school named Mishal. The different points of view really helped me understand how the characters thought of Zarin, both her own opinions and those from other characters.

One thing that I personally thought was very memorable was how some parts of the book reminded me of my Gujarati background. Although the book took place in Saudi Arabia, there were lots of different languages involved, such as Gujarati, Arab, and Hindi. For me, the familiarity struck from the Gujarati dialogue and the descriptions of the towns and stores. It made me feel as if I was back in India.