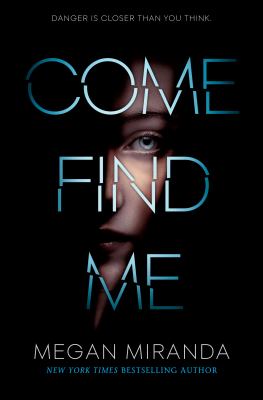 Two years ago, Nolan Chandler dreamed of something terrible happening to his brother Liam. The very next day, their family was picnicking in the park when Liam and their dog straight up disappeared. Now their parents are busy sticking their noses in other missing child cases, as if that would make up for them not being able to find one of their own, and Nolan regularly wonders the park with his high-tech equipment, still searching for answers. One and a half years later, an unthinkable tragedy happens in Kennedy Jones’s family, leaving her alone and traumatized. Now she she sneaks into her old house every few nights, using her brother Elliot’s equipment to search for anything coming from space that would indicate intelligent life, just as he had. Back in the present, Nolan and Kennedy were both doing their regular searches, when they suddenly pick up strange readings where there should be none. After a bit of comparing, they deduce that odd signals that they were picking up were connected, and team up to find the truth. Is there really a reasonable explanation for the events that happened? Or is the truth more than a little out there? Either way, sometimes you know nothing about the people closest to you at all…

Let me just start off with saying that after all of the tension and the buildup in the story, the final chapters were a little lackluster. The climax was pretty ‘meh’, and while I am not necessarily disappointed with the direction that the plot took, I feel kind of cheated. Aside from all of that though, this wasn’t a bad book by far. The premise was interesting, the story had an intriguing and eerie vibe, the psychological aftereffects of the characters seemed realistic, and the romantic subplot wasn’t painfully cheesy, unlike a lot of other novels for teens. I’d say that if you have the time, you should go read this book, just don’t expect to be completely blown away.

My favorite part about this book was the overall premise and vibe, as I really like otherworldly sci-fi/horror/mystery stories with eerie atmospheres. The very concept alone of suddenly picking up signals from the empty reaches of space that may or may not have some connection to someone going missing without a trace fits this genre like a glove.