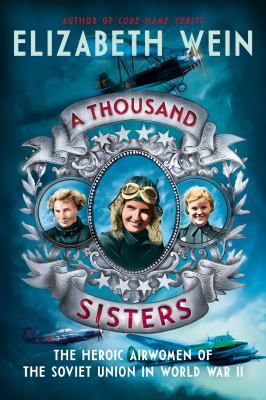 In the World War II era, there were few career opportunities for women, and they were generally limited to teacher, nurse, secretary, or slaving away in a factory while the war was going on. There was little opportunity for them outside of these, little recognition for anything they accomplished, and zero chance for them to join the war; that is, except for in Mother Russia. This is the story of the courageous female fighter pilots, who defied gender stereotypes and fought bravely in the name of their country. From setting new flight records to bombing the invading Germans, follow the history of female aviation in mid-1900’s Russia and feel their determination.

I found this book to be extremely fascinating and educational, as I was under the impression that women weren’t allowed to join the war anywhere for a long time, but that was apparently not the case. As a history nerd, I am always eager to hear about the lesser known aspects of major historical events, and this definitely fits the bill. It was also very inspiring, reading about these brave women jumping at the chance to fight for their country and challenging traditional women’s roles at the time. I recommend this book to any history nerds like me.

For me, the best parts of this book were the recounts of what the Russian pilots did during the war. All the tales I’ve heard up until now were from the American side of the war, so it’s nice to hear from the Russian side for once.