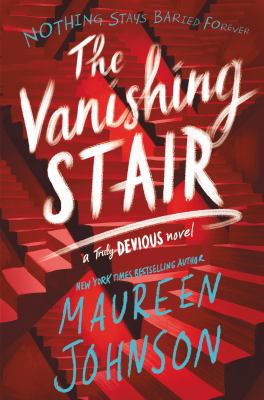 Stevie Bell, a crime aficionado, has been obsessed with the Truly Devious Case, an unsolved kidnapping and triple murder that took place on Ellingham Academy’s campus in 1936, ever since she can remember. It was the reason she went to the school in the first place despite her parent’s objections. While staying there and searching for answers to who the culprit of the Truly Devious Case was, her classmate, Hayes Major, was killed. Although Stevie discovered who his killer was, Stevie’s parents took her out of school as they feared for her safety. After coming back home, she realized how much she missed her friends, the campus of Ellingham, and the excitement of working on the case. Stevie was willing to do anything to go back to Ellingham, even if it meant making a deal with the devious Senator Edward King, Stevie’s mortal enemy. But going back means going back to David, her ex-boyfriend and Edward King’s son, the guy she never wanted to see again. When she finally makes the decision to go back to Ellingham, she gets back with her friends and starts her investigation again while trying to keep her distance from David. Everything seems to be going well until Stevie’s investigation takes her to unexplored and dangerous places that make her question everything she thought she knew. Now, Stevie must make the decision to either back out from the investigation on the decades old case, or risk hurting someone close to her. But Stevie has never backed away from a challenge.

This book was a labor to read and was not very well put together. The pacing was horrendous as the book starts out very slow and stays like that even after a third of the way through. And although it picked up pace after about halfway through, it only picks a little and is still not very enjoyable to read. This makes the book a slog to read and kept making me put the book away after just a few minutes of reading. Another aspect of the book which needs improving are the characters. Stevie is extremely simple and flat and seems to show no emotion throughout the entire the book. Some of the side characters are better, but most of them show little emotion and are one dimensional. The stakes in the book are also very small as there is no real looming danger or time limit which pushes the protagonist to accomplish her goals. There is no real sense of urgency and everything feels dulled down. The only real positive I had about the book was the imagery and setting. Deciding to set a book in a remote campus was a good choice as it allowed for a sense of wonder and mysticism. This was enhanced by the author’s exemplary use of imagery which would send chills down my spine every time she described a new location.

The most memorable part of this book for me was the horrendous pacing. I have never read such a boring book with such slow pacing and it really left an impression on me, but not a good one. This book probably took me the longest time to read out of any other book I have ever read, and it wasn’t even very long at just 369 pages.