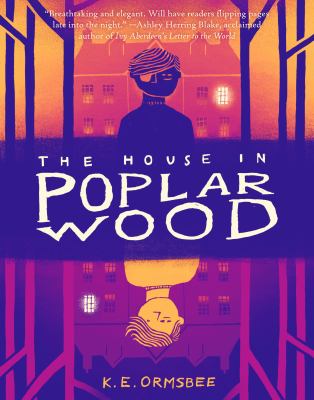 The House in Poplar Wood by K. E. Ormsbee tells the story of two brothers: Felix and Lee Vickery. However, because of an Agreement made by the Shades (personifications of ideas like memory, death, and passion), the brothers are eternally kept apart. In the west side of the house, Lee and his mother work for Memory. In the east side, Felix and his father work for Death. The brothers can only leave the house together on one day: Halloween. However, on one particular Halloween, Gretchen Whipple, daughter of the town’s Summoner, comes to them with a simple request. She wants them to investigate the murder of Essie Hasting, who works for Passion in exchange for her breaking the Agreement. As the trio venture deeper into the investigation, unpleasant secrets are revealed about the true motive of the Shades. Will Felix, Lee, and Gretchen discover why Essie died and break the agreement before it’s too late?

I liked this book a lot, and though that its plot and characters were both amazing. The premise of the book was quite fascinating, and it called me to pick it up and read it. I have always liked the concepts of personifying concepts like memory and death ever since I read The Book Thief. This concept of the Shades was masterfully executed and provided an interesting layer to the book’s plot. The characters all seemed to emote like real people, especially Gretchen. Her plea to do something important despite the fact that she wasn’t the firstborn seemed very real to me. Overall, the entire story was beautifully written and I recommend it for anyone who likes fantasy- and adventure-type books.