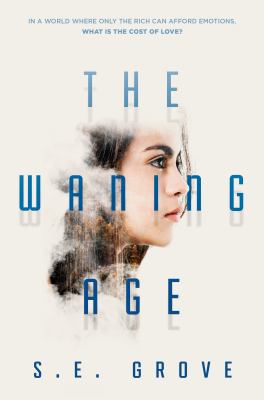 This book takes place in America, far in the future. Adults are emotionless and children wane at the age of 10. In this book, waning is a phenomenon that happens when the children in the book turn 10. Waning causes children to become emotionless, which happens slowly. They start to lose emotions and empathy, and become logical and reasonable. This turns them into people who never do things based on emotion and only make decisions based on how logical the situation is. Rich adults take synaffs, which are basically emotion supplements, to try and regain emotions. Natalia Peña and Calvino Peña are inseparable. Even though Natalia has fully waned, she still loves her brother, which is unusual. Her brother is an extremely expressive boy, and he is 10, right at the waning age. However, the principal at his school notices that Calvino is not waning in the way he is supposed to. He still has all of his emotions, and it is very unusual for any children to wane later than 10. When Calvino is taken for testing by a synaff manufacturing company, RealCorp, Natalia fights to get him back from the company’s clutches. Along the way, she encounters dangerous thugs called Fish, and does whatever it takes to rescue the most important person in her life. She dodges many obstacles along the way, and finds herself in a lot of trouble. She has to fight to get him back, and the book is very exciting with lots of twists and turns.

I liked this book. It was very exciting, and always had you on the edge of your seat. The main character, Natalia, had such an attitude and wit that it was hard not to like her. She was very keen and calculating, and you could really tell how much her brother meant to her. I also love how much action this book had. There were twists and turns, and I often found myself reading as fast as I could to see what happened next. The author has a great writing style, and the book is very easy to read and understand. However, I sometimes felt myself getting lost in some parts because there were so many characters and situations to keep track of.

One memorable thing about this book is how descriptive it was. Right off the bat, I could tell that the author was a “show, not tell” writer. However, sometimes she did interrupt the book to describe the situation, and it kind of messed up the flow. I did really like how much she described things, though. It made it really easy for me to picture and feel exactly what was happening.