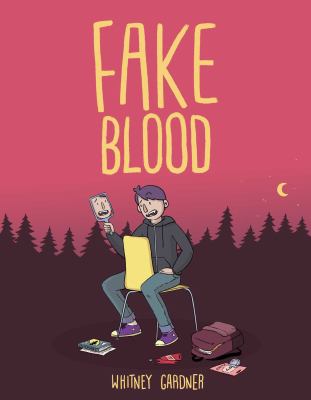 AJ is a shy boy starting sixth grade, and he has a crush on a girl named Nia. AJ wants to get her attention and talk to her, but there’s only one thing she’s interested in, and that’s vampires. After suggestions from his friends, Ivy and Hunter, he tries to dress and act like a vampire to draw her attention to him. Except maybe it was the wrong type of attention. At the same time, AJ also suspects something off about his new sixth-grade teacher, Mr. Niles.

It was full of unexpected plot twists, that really surprises the reader at every turn. AJ’s group of friends show real connections and problems that can occur in real life. While AJ strives to draw attention from Nia, his relationships with his friends took a turn for the worst. He learns how to balance his relationships in the end, which was amazing character development. Other than that, the humor tied in with vampires is an interesting combo that makes the book fun to read.

The book takes a modern twist to the idea of vampires and also displays a humorous approach to dealing with vampires. The author also incorporated the idea of how your actions affect your relationships with others, by showing us realistic friendships and connections.