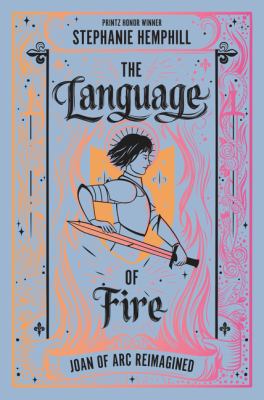 This story is about a teenage girl named Jehanne (better known in history books as Joan of Arc), an illiterate peasant who lives in Donrémy, a small town in the French countryside. During this time, the country is under attack by the English army, as they believe they have a rightful claim to rule over the country. This is a time of great suffering and despair for the French people, as their towns are being taken over one by one by England’s superior military. However, one day, Jehanne gets a message from God that she is destined to save France. Understanding that this is her calling, she embarks on a journey to accomplish this divine task.

I greatly enjoyed the artistic element in the language of the novel. Rather than filling the page with large chunks of text, the dialogue and actions were very poetic and written very well. Each word was used wisely and had a very important purpose. I also liked how historically accurate the novel was. I thought the way that the author was able to tie in many historical events and react to them from a first-person perspective in the protagonist’s eyes was exemplary.

This book taught me a lot about how strong women can truly be. Joan of Arc was a very progressive historical figure, as she was one of the most iconic warriors in history as a teenager and has since been canonized as a saint for her actions. Throughout the novel, she faced a lot of adversity and experienced immense pain but always finds a way to persevere. I believe that this is very applicable in our world today and believe that everyone should understand this message as well.