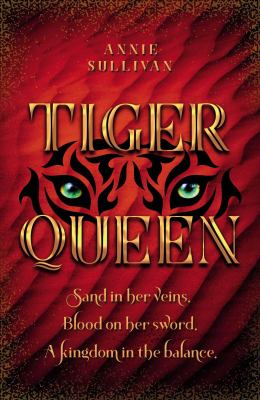 Princess Kateri longs for possession of the throne, to preserve a promise to her late mother. Although, to achieve her dream, she must battle endlessly against rival princes within the arena to prove her worth as a queen. The elements of the relentless desert pelt her every moment as she strives to claim their spirits, which paves her ascendance to the throne. Unfortunately, Kateri’s father grapples with a drought encouraged by a renegade gang, dubbed “The Desert Boys,” who rob the nation of what little water remains. Soon, Kateri discovers an opponent who she cannot defeat and prepares to flee. Stranded within the coiling tendrils of sand, Kateri faces the desert spirits, unearthing a devastating truth about her father.

Within this sand-encrusted novel, I found the wordplay rather compelling. It certainly described the scenes rather accurately and painted a realistic picture within my mind. Furthermore, I relished the suspense, action, and intricately described battle scenes, for all formed the highlights of the novel. Additionally, I enjoyed the creativity of the plot the author created, although the initial sequence clouds the reader’s knowledge. Despite the slight issue, the novel proved an overall captivating read.

A memorable event lies in the beginning of the novel, as Kateri prepares for yet another match. She casually dons her battle armor, admiring the metal sheen. Kateri carefully slips her weapons within their hidden sheathes as her servant attaches the breastplate. Tracing the ornately carved tiger’s head upon her armor, topped with scorpions, Kateri inhales deeply. Reassuring herself, she exits the room and heads towards the arena, the determination alight upon her face.