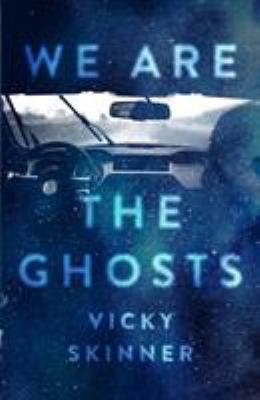 After the protagonist, Ellie, has her brother die in an accident on the road, she finds herself in a harrowing situation. Her brother, Luke, had left the family a few months ago in sheer disdain for her mother’s tendency to attempt to control things in the house. Furthermore, he especially despised the quiet suburban town of Eaton that he had lived in for all of his life. Luke wanted something different from life, an ambition that just hasn’t crossed to Ellie the same way it did to Luke. Left with no feelings and an inability to truly cope, she is left with emptiness and a feeling of unfulfillment. However, there was something left of Luke in the house other than his untouched room. Discovering an old letter left on her desk, she finds a map that was made when Luke was still with her. It was a map – not just any map, but the same map that Luke and Ellie marked their bucket list of locations to visit at least once. It was a dream road trip, planned by Ellie, Luke, and Wes, a childhood friend. However, the sender of the letter had no name, but what was there was an address in Michigan. Setting out to find whoever sent the map to her and learn what Luke did with his life after he left, she prepares for a long road trip. This does not prevent a few old friends from finding out including Cade, a former lover of hers, Wes, a childhood friend, and Gwen, the former girlfriend of Luke.

The story of Luke is sad, to say the least. Unlike the other parts of this book, Luke’s ambition is almost reminiscent of what a lot of rebellious teens have dreamed of at least once, which is something that intrigued me throughout the book. Luke wanted to live life differently, possessing an ambition that so many teens have, yet never follow through with.  However, unlike most teens, he went through with those ambitions. Leaving his home and his friends which he cherished so much, Luke left to find the life he wanted. Luke wanted to change, something that his life had never provided him throughout his childhood. The story explores this runaway style of a road trip when the main characters follow in Luke’s footsteps. That is what makes this story fun in a way beyond the words of its pages. It is a story exploring what most adults wanted to do when they were teens. Most of them never did, and in turn, abandoned their ambitions as their age placed them into the workforce. The story is about a bunch of teens being teens, and I like it that way.

The characters were not very memorable. I found myself unable to connect to them the same way many other stories manage to. However, I can’t say that it takes off from the themes. The book makes you think about the issues of life and your part of it more than any book that I have read before. It provokes a level of thought in the reader that makes them feel connected to the reader.