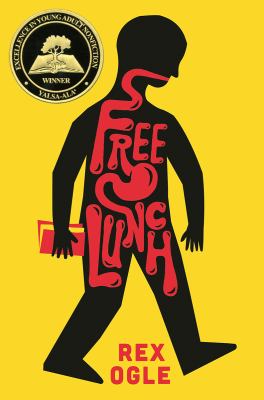 This book is about a boy named Rex whose family is poor. He lives in an apartment with his family in a wealthy district. He has a hard time at school, especially at lunch, because he is part of the free meal program. He spends his lunch sitting by himself. His teachers think he is trouble all because he is wearing old clothes and hand-me-downs. Rex doesn’t want anybody to know that his family is poor, and he feels embarrassed. Life at home is hard for Rex too, living with his angry mother and her boyfriend. Being poor has made Rex’s mom mad and violent, and she takes it out on her boyfriend and kids. Shopping at the grocery store is the worst for Rex, because his family can’t afford much food. Rex tries to help his family to the best he can, but people won’t give him a chance.

think the book was great! Even though this book was a little violent at times, I still liked this book because of how funny and inspiring it was. The characters each had a different personality, and they all taught a different lesson. I liked how Rex didn’t try to be like everybody else, even if they had more money than his family. This book taught me how to be myself and always try to help even in the worst of times.

One memorable thing in the book was when two kids invited Rex to sit with them because they saw him sitting alone. I thought that was very kind of the kids, and I would have sat with them if I was in Rex’s shoes.