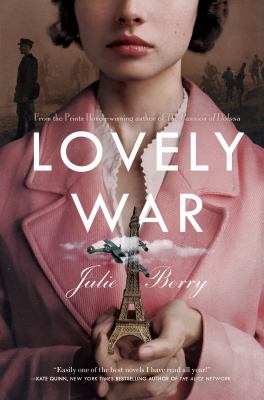 This novel follows the stories of four main characters, each of whom are from a different place in the world: Hazel, James, Aubrey, and Collette. Under normal circumstances, there is no way that any of these four people would’ve found their way into each other’s lives. In the 1940s, however, there were two things that brought people together: love and war. These characters all played important roles in the war, whether it be as a soldier in the British army, a musician in the 369th infantry, or a volunteer assisting at European camps. Regardless, the war had profound impacts on everyone involved, and this story recounts their experiences in this worldwide conflict and how they desired to see the people they loved the most again.

I thought that the entire story line was planned out very well. World War II was definitely a time when love was a motivating factor for people to pursue certain actions, especially soldiers, since their ultimate goal was to be able to come home to the families that they left behind. In times of conflict, everyone must make some kind of sacrifice, and each character clearly did that throughout the course of the novel. It was also clear that a lot of research was conducted before writing the book. In a short afterword, the author provided factual information that was integrated into various characters and story lines, adding a sense of realism into this fictitious work.

In my opinion, the most memorable thing about this book was the vivid description of war-like situations during that time period. I have learned that the conditions in the trenches were not pleasant and that the living conditions there were not great in my history classes. After reading this book, along with the historical notes written after the story was over, I now have a better understanding about what a soldier’s experience was during the war.