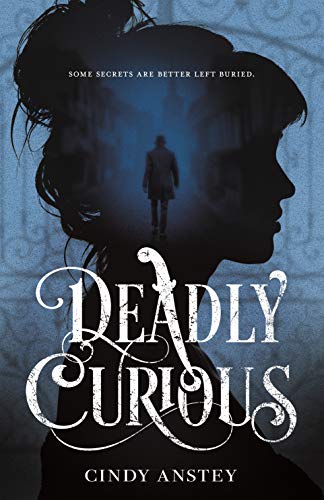 You can place a hold on a print copy or an eBook copy of this book.

It is 1834, about a year since the murder of Sophia Thompson’s cousin Andrew Waverly. Despite the passage of time, the case has remained unsolved, taking a toll on the Waverlys. When Sophia receives a desperate letter from Daphne, she decides to accept her invitation to visit and look into the mystery of Andrew’s death. Sophia is very interested in becoming a detective (specifically for the Bow Street Runners of London), and this visit provides an opportunity to not only help Daphne and the rest of the Waverlys, but also to gain experience needed to prove herself worthy of becoming the first female detective. Joined by Jeremy Fraser, a rookie Bow Street Runner on the case, the two try to find suspects, clues, and evidence. However, Sophia and Jeremy find that this investigation is far from straightforward, with foggy memories and false leads, along with an inept constable who is impatient to close the case. As they search deeper, Jeremy and Sophia start finding danger with every discovery they make.

For me, the plot wasn’t the best. That’s not to say the story was terrible, but I wished that it was more tight. Instead, the plot kind of went all over with no clear direction at first. Only towards the end did things start falling into place, but it felt illogical and rushed. However, that could’ve been the point, as Jeremy and Sophia were investigating a year after the crime. I liked how the mystery wasn’t very clear or obvious, which made me think (I’ll discuss in more detail below). The two protagonists were likable, but I didn’t get particularly attached to them or any of the other characters. One thing that bothered me about Jeremy was that Sophia would describe him with traits that I didn’t find in him myself. That could have been because I didn’t read between the lines or because of Sophia’s crush, but I wish the author would have made it more clear. Another thing that I wish was done better was Sophia’s and Jeremy’s romantic attraction toward each other. It didn’t feel very organic. It instead felt like it was there just for the sake of plot. At the end, the motive felt a bit weak and unconvincing. There also wasn’t any good humor (which I like to find in books), only somewhat clever exchanges. Despite all these complaints, I didn’t strongly dislike the book. I even enjoyed the thriller aspects, during the time Sophia and Jeremy found themselves in some scary situations. All in all, I’d say this isn’t a bad book, just one that you shouldn’t expect much from.

One memorable thing about the book is that the culprit and the motive weren’t (at least for me) and I wasn’t able to figure out exactly who did it, the reason behind it, and how all the clues came together. Often times in mystery books, there is at least one or two clues that can get me on the right path and maybe even solve the mystery before the protagonist does. This was not the case with this book, as the trail was a bit more unclear, which makes sense considering our protagonists are looking at the crime a year after it took place. Although it made me not like the plot, it was fascinating with how it was different from the mysteries I had read.