Girls with no names and no homes usually aren’t expected to amount to much, but this one defies all expectations of who she is meant to be. No one knows her name, her parents, or how old she is. Even herself. This girl eventually named herself Beetle. She struggles to find food daily and is constantly bullied by the boys in the village. One day a woman awakes her, and suddenly Beetle was working for the woman named Jane, whom she learns is a midwife. In this engaging story, Beetle eventually gains confidence, a cat, a purpose, and people who love her.

I enjoyed this book because it was an interesting view at a period in time where people were a lot crueler than they are today. A lot of characters scream and yell at Beetle just because she “isn’t like the rest.” But the real reason I love this book is the characters. All of them are just brimming with personality! You could never fit any of them into a stereotype because they are so unique!
An example would be Jane, the midwife. She is very strict and sharp, while also being clever and eccentric. I left this book feeling joyful. I recommend this book to anyone who likes historical fiction.

The moment I remember most vividly was probably when Beetle slept in the dung heap at the beginning of the book. I remember her describing it as warm and soft as if it were luxury to her. I felt sad because this was the best bed she had had in a while. 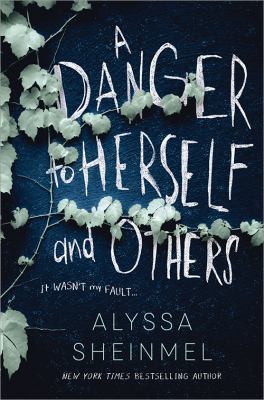 Hannah, from New York, has been placed in an advanced summer school in California, hoping to add something more to her application, other than being “born mature” (as her parents say). When Hannah’s new best friend and roommate, Agnes, suffers a terrible accident, Hannah is institutionalized at a mental hospital, and labeled “a danger to herself and others”. She knows it’s not her fault. Agnes was her best friend, (though she was dating Agnes’s boyfriend). She wouldn’t hurt her. They would know that if they would just set her court hearing. Hannah does her best to show the doctors she is fine, until she meets Lucy, her roommate at the institution. Finally, with Lucy, Hannah might make it out. But as she grows closer with Lucy, she begins to face what really happened that night. And she wonders if what everything she believed in was false.

This book was amazing and well thought-out and written. Alyssa Sheimel does a wonderful job of describing what Hannah was going through. You feel Hannah’s pain and confusion with her situation, and delightful hints and foreshadowing leave you making your own predictions about what’s really happening. With a wonderful plot twist and strong, believable characters and settings, this book will leave you on the edge of your seat. A terrific read that will leave you yearning for a sequel.

Personally, the most memorable thing about this book is when Hannah is trying to help Lucy get to her ballet audition for her college she wants to go to. This part really shows how close Lucy and Hannah have gotten, and how much Hannah wants someone to be free, even if it isn’t herself. This part lets you into the soft side of Hannah, but I also felt that she’s doing this to convince herself that she isn’t “a danger to herself and others”, because she’s helping Lucy reunite with her boyfriend and make it out of the institution. This solidifies she and Lucy’s relationship and sets up the story for more dramatic turns. 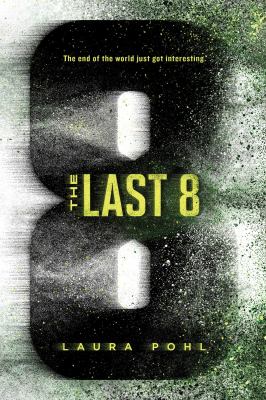 Clouds of dust arise from parts of the world, forming a grim smoke of catastrophe around the globe. It started out sluggishly at first, but rapidly escalated into an interstellar massacre of machinery. Each one is from a group of 7.6 billion people that got instantly vaporized by an invading alien species. With only eight remaining in the world’s most secure government restricted zone, watch as these teenagers combat the forces of extinction and struggle to keep peace among themselves. Survival gains a new meaning in this post-apocalyptic world, with every action threatening to compromise one’s position.

The structure of this story is fantastically well thought out, and divided into sections where the reader can understand the overall picture as well as the sub aspects. A great part about this book is how in addition to having an enthralling climax, suspense kept building and dropping at each stage. This led to a factor of relaxation but then when one least expects it, plot twists jump out from the shadows. It also provided sci-fi references for the intended audience, granting transparency to the fourth wall of the book. I would absolutely recommend this book to anyone with the interests of technology and survival.

The most memorable thing about this book was how the author ended characters without second thought. There were times where I’m sure some readers thought the book would be concluded from how much the main characters had lost already, regardless of the number of pages left. It possessed the same energy of a movie scene for anyone with a vivid imagination.

The Crossroads, sequel to The Only Road, continues the story of Jamie Rivera, a refugee from Guatemala. In the previous book, he entered the United States due to gang violence in his home country. After both he and his cousin, Ángela come to live with their brother, Tomás, Jamie is extremely reluctant to start school. This entrance into his new school is made even worse by the fact that he can barely speak English. Throughout all the bullying, embarrassing moments, and the fact that everything around him is strange, Jamie never truly feels like he fits in. He wants nothing but to go home to Guatemala, but violence back in his home country prevents him and his cousin from returning. It almost seems as if he’ll never belong in the United States, but has no choice but to stay. Through the unknown, will Jamie finally make friends and truly learn to belong?

I honestly liked this book. It was just amazing with a unique story, one that I had never heard before. I had never read a story about two Guatemalan refugees before, and was intrigued by the synopsis. I liked how real all of the characters seemed; they just seemed so believable. I could completely understand how strange and afraid Jamie felt when entering a new school, even more so since he couldn’t speak English that well. Also, the scattered details throughout the book, like Jamie’s artwork and even descriptions of Vida, their dog, made the whole read quite endearing. However, I didn’t really understand some of the details and references in the book, since I hadn’t read The Only Road.

One of the most memorable parts of the book was how Vida, the dog, was described. Vida was described using all of the most tantalizing details possible. Sometimes, I even felt like she was in the room with me while I was reading. In the previous book, Vida was rescued by Ángela and came with them to the United States; which is similar to Jamie and Ángela being “rescued” from the gangs in Guatemala and being taken to the U.S.A. Throughout the book, she was a true companion to everyone, and the way she could sense when people were upset was just so endearing. The attention and accuracy of all these canine details make me wonder if the author had a dog similar to Vida.

Bonnie and Clyde were a legendary criminal couple. Constantly on the run, their numerous crimes include murder, robberies, and many, many cases of grand theft auto. They were sensational headliners, famous throughout the country in a time when money was scarce and resentment towards authority was on the rise. But how exactly did these lovers wind up on the path of crime? How many of the stories are true? From humble beginnings to a violent end, this book chronicles the lives of these famous outlaws.

I thoroughly enjoyed this book. It provided not only an informative retelling of the lives of two famous figures, but it also provided an interesting insight into what life was like during the Great Depression. Bonnie and Clyde were always people I heard mentioned or referenced many times in pop culture, but never really knew anything about until now. I definitely recommend this book to any history lovers.

My favorite part is probably the part that details their lives and upbringing before they became criminals on the run. I find that you can tell a lot about why someone went down the road they did by learning about their early years, and it is always interesting to hear what started it all.