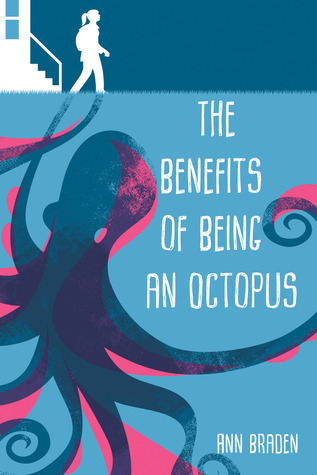 Everyone experiences loss and heartbreak. Final conversations between people have a lasting affect. In this novel, readers get a glimpse of a collection of last words, texts, social media posts, emails, and anything in between. It is a heartfelt book, containing all kinds of loss from last exchanges: the end of friendships, breakups, suicides, and untimely deaths.

Full of sadness and loss, this book was relevant to everyday life, with many sudden endings. This book inspired me to reflect on my own life; every person that has come into mine, and those who I will meet again in time. This book is realistic, and filled with the everyday realities that people must face. The illustrations and word art were extraordinary and provided a complimentary element to these final conversations. Even though it is a quick read, this book leaves a lasting impression of how life and relationships coincide.

One aspect that was unforgettable was how every single message evoked a different emotion from the reader. Some are sad, while others make the reader feel pity. There is also the knowledge that even if we cannot connect with these mystery acquaintances, the readers may at least learn from and share in their experiences.

A child of six years at the time, Sachiko Yasui lived a modest life in her home town of Nagasaki. With her siblings Misa, Toshi, Aki, and Ichiro by her side, the little girl had no idea that August 9th was the day her whole world would be ripped apart. Even at a young age, Sachiko knew of the dangers that lurked around her, as America’s threats with Japan grew increasingly persistent during World War II. But when she saw a flash and debris pile on top of her, Sachiko learned that the road to recovery would not be easy. Through her father’s wise words and views of the world, Sachiko fights to understand the truth, and how things happen for a reason. Based on a real account of a hibakusha, this harrowing story is one that should be retold for generations to come, so that a devastating nuclear arms race shall never come about.

As the story went on, I was overcome with emotion. The grief, sorrow, and agony that Sachiko went through in the decades to follow was excruciatingly painful to read about. I’ve read many stories from different hibakusha, the bomb-affected people, about their journeys of self-discovery after the horrors of the explosion. Yet, none has ever given me the impression that I took away from this story. The vivid details, coupled with the factual background bits scattered throughout the story, made for an informative and mesmerizing read. There’s no possible way to describe Sachiko’s bravery in words, except that she is an inspiration to all. The silence, the emotion… everything about this book is beautifully written. I urge you to read this book if you can. I promise, you will not regret it.

I noticed that Sachiko took a lot of her father’s ideas and words, and found a way to incorporate it into her life. I truly resonated with Sachiko’s father and his ideas, for his main belief was that hate only produces hate. We need to live in a world of peace, and if everyone thought the same way as him, our world would be a better place. I also loved that Sachiko found her voice through her role models, from Helen Keller to Mahatma Gandhi. She truly is an exceptional woman that, I’m sure, will find a way to make her voice last for generations.

Rafe Khatchadorian is just your average kid with an average life at Hills Village Middle School, but his big mouth lands him in some hot water. From making his mother cry during Christmas to accusing Eddie and Ethan Finn of some serious allegations, Rafe can only make matters worse for himself. Yet, through it all, his one wish is to get a WormHole Premium Multi-Platform GameBox. In hopes of receiving this item, Rafe decides to put on his thinking cap and start a dog-walking business. But when Rafe discovers something even more sinister going on, his investigations lead him to a reality like none other. Secrets and truths start pouring out, and Rafe needs to make the right choice in order to save his life from crashing down.

James Patterson has done it again with a hilarious, yet entrancing book about the life of a middle schooler. Rafe is not only a relatable character, but also one that seems to teach younger kids lessons about honesty, responsibility, and trust. Through graphic comic strips and eye-catching chapters, I was hooked on all the situations that occurred throughout the story. My favorite character was definitely Georgia; she’s cunning, smart, witty, and, in my opinion, helped the story close to a strong ending. Personally, I never expected such a child-like book to convey themes that I would probably see in adult novels. Although I can’t give anything away, I will say that I was baffled by all the plot twists in the story.

I enjoy the fact that Rafe doesn’t live a perfect life. He has his ups and downs, which makes the book, in my opinion, a lot more interesting to read. As previously said above, the book is a lot more relatable than some other stories I’ve read. Nevertheless, I loved how Rafe was able to create some humor out of every situation he faced. If you always look at the negatives in life, you’ll never have time to reach the positive. I think Rafe did a great job of learning how to balance his negativity out, and to make the best of every obstacle he endured.

This book was the climactic finale to the Falconer series. Aileana has come back, with no memory of who she was before, and with powers not meant for a human to control. The human world is falling apart, and Kiaran, the faerie who had come to mean everything to her, is lost to his own dark powers. To save her world, and his, Aileana will have to reach him, to find her Kiaran through the darkness of Kadamach – before she loses control of her new powers.

This was by far the best book in the Falconer series. It’s strong and entrancing from start to finish. I read the entire book in one sitting, because I couldn’t put it down. I had to know what happened next. Kiaran and Aileana were the perfect couple. They had a wonderfully complex relationship. Even though they didn’t always agree with each other, and though they sometimes took different paths to achieve their goals, one thing was certain. They were always fighting for each other. Aithinne, Aileana’s friend and the faerie meant to become the Seelie Queen, added another layer of complexity to the book. Her relationship with her brother – both the Kiaran and the Kadamach sides of him – was heartbreaking to read.

I think the most memorable part of the book was the grey morality of so many of the characters. Kiaran, Aileana, Sorcha, and all the rest have good and bad sides to them. It makes for a group of complex, compelling characters. I didn’t always agree with them or root for them, but I always wanted to learn more about them. A character struggling between right and wrong is always infinitely more interesting to me than a character who is wholly good or wholly evil.