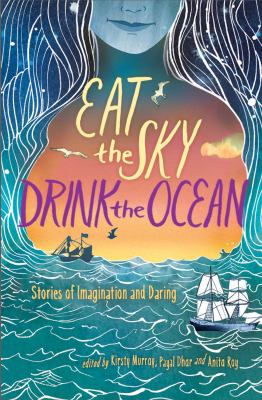 The Three Little Pigs, Little Red Riding Hood, Cinderella… we’ve all heard of these stories, these fairytales… but where’s the heroine? From the lands between Australia and India, authors all around the world are coming together to create feminist stories to empower young girls to become the next generation of leaders. Women can now envision a world where females are equal, where they are treated like heroes. In this collection of short stories, from “Cat Calls” to “Memory Lace”, we see the importance of women in everyday life.

In all honesty, I had very high hopes for this book, but it simply didn’t meet my expectations. I found many of the storylines hard to follow, and they didn’t make sense whatsoever. However, there were a few that I enjoyed, such as “Little Red Suit” and “Cast Out”. Perhaps the graphic comic strips could’ve had a theme that was more apparent, since it took me a while to truly grasp the meanings behind them. I do have to admit, though, that the short stories were centered around feminism and women empowerment, so there is some truth to the book when it claimed that it focused around female heroines. Overall, if you have the time to dig deeper into each story, then this is the book for you. Otherwise, I don’t think it would be very enjoyable.

I love the idea behind the title because it is a great representation of the idea behind this book. It isn’t possible to eat the sky or drink the ocean, and that’s what these stories are all about. The authors are trying to break boundaries, to make the impossible possible. They are trying to show that you can transform imagination into reality; it just takes a little thought.